Kristen Wenthold – Athlete of the Month

January 2016 Athlete of the Month

There are many incredible people in this world, and Kristen Wenthold is one of them!  I was fortunate enough to meet Kristen over a year ago and I can honestly say that I am inspired every time she walks into the gym. Most of you know Kristen as a super friendly woman who goes incredibly hard in the gym.  Kristen’s personality and enthusiasm for exercise in the gym is enough to earn her Athlete of the Month by itself, however some of you don’t know that she is overcoming incredible obstacles on a daily basis as well.  I knew that I couldn’t tell her story as well as she could so when we decided to select her as Athlete of the Month, I asked her to share her story with all of you:
“I was diagnosed with Multiple Sclerosis (MS) in June of 2014. A few weeks prior to my diagnosis, I had started to have some numbness in my left toes. I assumed my shoes had been too tight, and didn’t think much of it. But over the next two weeks the numbness progressed until I completely numb on my left side from the chest down. When my right leg started going numb, I knew I needed to see a doctor. My husband took me to urgent care. By God’s grace, the doctor working that day had a background in neurology. After she did an assessment, she said I needed to see a neurologist right away because she believed I had MS. There was a possibility of it being something else, but she said she had “major warning bells” that this was MS.

I got an appointment with a neurologist a few days later. That doctor didn’t think it was MS, but definitely something in the thoracic spine. I needed to have MRI’s of my brain, cervical spine, and thoracic spine to help see what exactly was going on. So, I was sent home to wait for the insurance to give authorization. However, that night I woke up feeling like I was being suffocated- 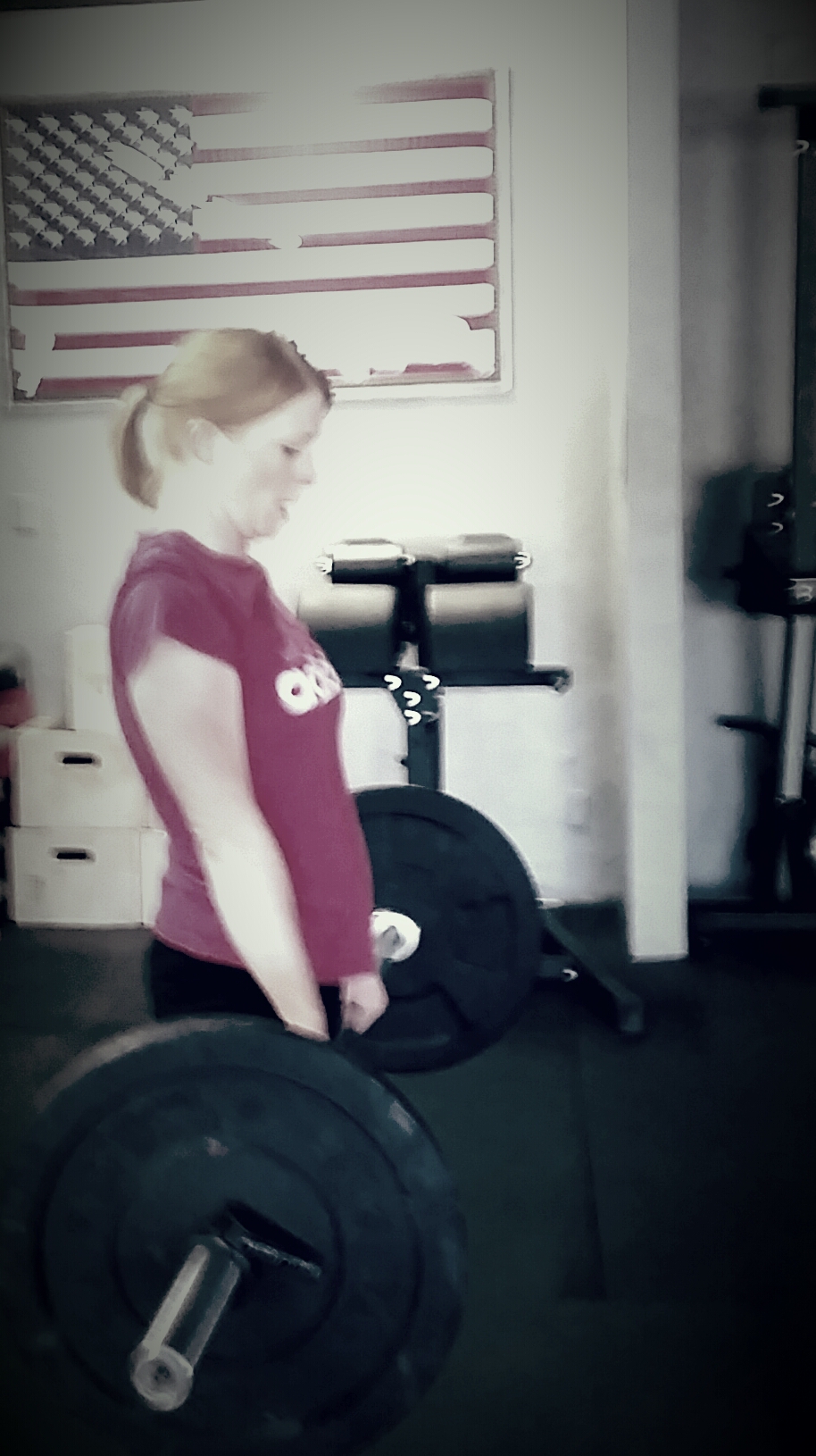 -I felt like a crushing weight was on my chest. I got up, but I couldn’t walk well due to the numbness in my legs. I woke my husband up, and told him I needed to go to the ER right away. Long story short, I was admitted to the hospital for ataxia. Once I was admitted, the doctors were able to order the necessary MRIs to confirm my diagnosis. The MRIs reveal a lesion in my brain and multiple lesions in my thoracic spine. It was then I was told I did indeed have Multiple Sclerosis. I was given a 5-day IV steroid treatment to help with the inflammation and hopefully shorten the duration of the relapse.

Multiple Sclerosis is a progressive auto-immune disease for which there is no cure. I have a form called relapsing remitting MS. The National MS Society states, “[relapsing remitting MS is] the most common disease course —[it] is characterized by clearly defined attacks of worsening neurologic function. These attacks — also called relapses, flare-ups or exacerbations — are followed by partial or complete recovery periods (remissions), during which symptoms improve partially or completely and there is no apparent progression of disease.”

The only treatment for MS is to take medication, which hopefully slows the progression of the disease. It didn’t sound too hopeful, and when I talked with other MS patients and read about the medications, the side effects sounded worse than the disease.

Thankfully, God also put people in my life who encouraged me to consider controlling my disease through natural means–diet, exercise, and supplements. After several months of praying and research, my husband and I decided that would the best course for me to take.

But where to start? At the time of my diagnosis, I was out of shape and tipping the scale at about 168 pounds. I also LOVED sugar! I needed to make some drastic changes. During the first month, I lost about 20 lbs just from cutting refined sugar out of my diet; however, I knew I also needed to start exercising. I didn’t know what to do. I was still numb from the chest down on my left side, and my right lower leg was also still numb. I fatigued quickly (sweeping my kitchen exhausted me!), and my balance and strength were not good. It was then that I saw an ad for Rejuv Medical Southwest. The term “medical” piqued my interest–maybe they could help with my MS. So, I took the plunge and signed up for 5 personal training sessions.

Matt York was my trainer and worked with me to improve my balance and strength. He tailored each workout so I could do it at home with the equipment I had available. I began seeing some improvements and was greatly encouraged. I had originally only planned on doing the 5 sessions, but when I saw how much it helped, my husband encouraged me to keep going.

I did several months of personal training (going with Matt and Mel when they opened their own business), but it got to the point where personal training was just too expensive. I was going to stop coming, but Matt encouraged me to try CrossFit classes. They were more affordable, and he said he thought I was strong enough to do them. So, I took the plunge, and signed up for CrossFit once a week. I have been coming ever since.

I still have residual symptoms–my lower left leg is always numb-ish, and my right lower leg (especially my foot) is numb on and off. My symptoms increase with heat, so working out can be difficult at times! Once I cool down, my symptoms go back to baseline. I am often exhausted at the end of workouts, but it really does help with my symptoms. I feel SO much better when I am working out consistently.

It has been about a year and half since my diagnosis, and I am healthier and stronger now than I ever have been. I have cut out dairy, gluten, and refined sugar from my diet (because they are inflammatory, and cause my symptoms to increase). I try to eat lots of veggies, fruits, and lean meats–especially focusing on foods that fight inflammation. I don’t know how my MS will progress, but for now it seems under control. I have not had a major relapse since my initial diagnosis.
Even before my diagnosis, I would have never believed I’d be able to do CrossFit. I can’t tell you what an honor it is to be ‘Athlete of the Month.’ There are SO many great people at CrossFit 646 who I feel have done so much better than me. I am humbled by the recognition. Thank you!”

Thank you Kristen for being a part of our community!  We’re so proud of everything that you’ve done to fight off MS and for doing so with enthusiasm and grace.  You are an inspiration to every one of us and it is our honor to select you as Athlete of the Month!